Mount Brandon (Cnoc Bréanainn) at 952 metres (3,123 ft), is one of the ten highest peaks in Ireland, being the 8th–highest peak in Ireland. Brandon is the highest Irish mountain outside the MacGillycuddy’s Reeks range and has the greatest prominence of any Irish peak except Carrauntoohil, Ireland’s highest mountain.

The quickest and easiest route to the summit of Mount Brandon is from the west via the final stages of the medieval pilgrim path, The Saint’s Route (Irish: Cosán na Naomh), which begins 18 kilometres (11 mi) away in Ventry. The route starts from the car park of Ballybrack (Irish: Baile Breac) (W434094), and follows the straight grassy path, marked by large crosses, to the summit of Mount Brandon; then retracing back to Ballybrack. The 8-kilometre (5.0 mi) route takes 3–4 hours. A longer 5-hour variation is to continue north along the summit ridge from Mount Brandon to Piaras Mor, and then descend to Ballyknockane. 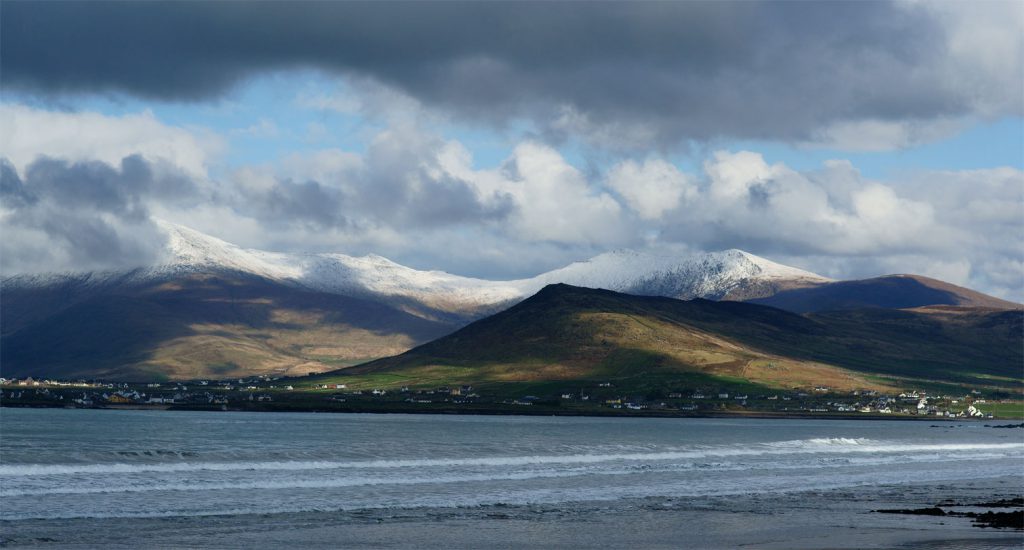